Soundtrack From Film Mabuta No Ura 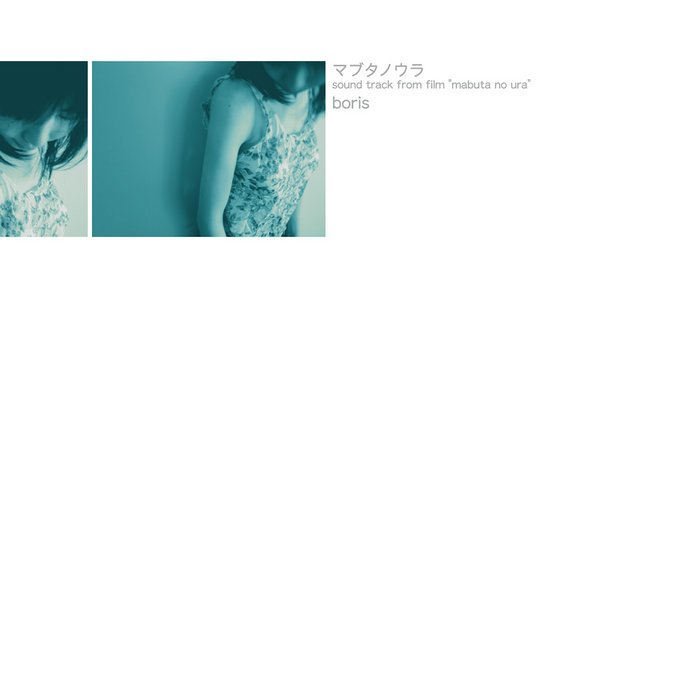 The Japanese masters of drone and analog feedback never cease to amaze us. Fans actually never know what to expect from a new album. Sludgy guitar riffs, super distorted psych rock or mighty minimal drones? Just be prepared for a new masterpiece, the way only they seem to do it.

Soundtrack From Film Mabuta No Ura (translated as “Backside Of The Eyelids”) presents Boris at their most abstract personality. A stunning guitar-driven psychedelic voyage to an imaginary land where Pink Floyd’s “More” meditates with Sunn 0))) drenched in ambience and feedback!

Being a flowing and brooding soundtrack to an imaginary film conceived by the three band members, the album manages to present the listener to a number of moods and soundscapes without actually breaking out of its shell. From mellow, dreamy Syd Barret-inspired acoustic incursions, hazy vocals, slow post-rock tones and rhythms to occasional bursts of dynamics passing through avant-noise experiments and mammoth deep drones of blasting energy (like on the 12 minutes long “Space Behind Me (Part 1)”). A contemplative masterwork!

Hard to imagine what sort of film Mabuta No Ura must be? The evocative sounds here give us freedom to conjure up appropriate images and quoting Atsuo’s own words: “This is a soundtrack for images that appear on the mabuta no ura of the listeners, by reading the stories contained on the album and listening to the music. It’s dew made from unconsciousness of Boris members. The dewdrops are spun into thread and the thread forms a whole story. The way we refer to images of the daily lives.”

We are glad to present this extended Brazilian/world CD version of Soundtrack From Film Mabuta No Ura, containing different artwork and exclusive extra music not available on the Japanese CD/LP, housed in a slipcase that holds our luxurious custom heavy mini-replica of the gatefold vinyl including a set of cards unveiling mabuta no ura stories and photos of the band members taken from an European trip.