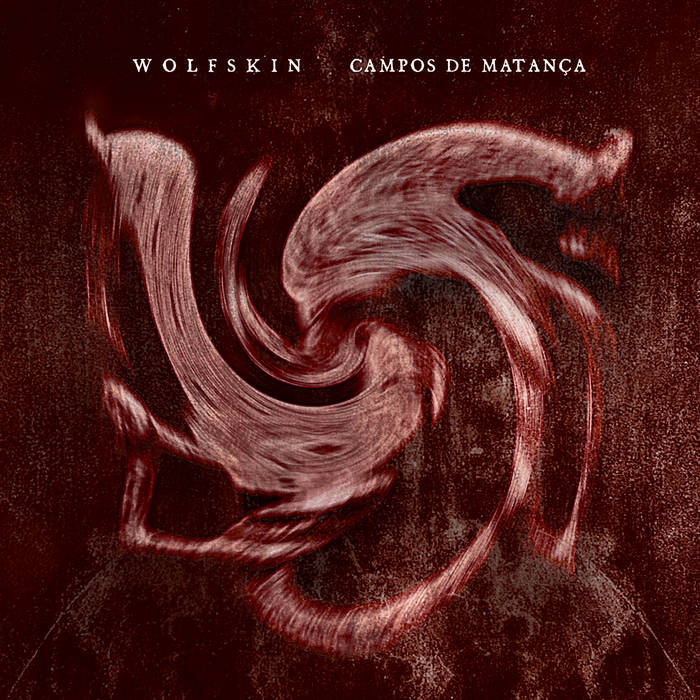 After the acclaimed and brilliant official debut, released on the French label Cynfeirdd, Wolfskin presents us the highly anticipated follow-up.

Within the last years Johan Aernus, the body and soul behind this Portuguese act, has managed to claim himself a deserved artistic respect and cult status among the ritual and dark ambient aficionados who had the opportunity to experience either the secular beauty of his collective side-project Karnnos or the undoubtedly unique quality and inherent strength of the mighty Wolfskin.

Staying away from the usual clichés of the genre and strongly linked to the past, he continues here a brave quest for the ancestral European traditions, celebrating forgotten Keltik fertilization rituals, honor and victories of ancient civilizations and a profound respect for the nature and its untamable forces, magically transposing his discoveries onto music, onto Wolfskin, onto Campos De Matança.

Enveloping, oppressive, yet evocative structures on top of a magma of bleak, hypnotic sound collages of the darkest excellence. A wheel in perpetual motion entwined with the manifestating sounds derived from an exquisite, archaic instrumentation – carillion, bells, accordion, tin whistle, talara and even ceramic box, drifting a wide collection of carefully chosen eccentric field recordings, like the slaughter of pigs in winter. Bombastic, martial percussions plus an imposing, sober quasi-spoken-word vocal presence on some tracks enhance the tone and give a perfect aura of evolving mystery to the whole album.

Campos De Matança (“Fields Of Slaughter”) is a re-visited, re-worked and expanded version of the strictly limited CDR of the same name originally out on Reaping Horde. 72 minutes of flowing ritual sounds mastered by the highly skilled hands of Phil Easter for Black Box Mastering.