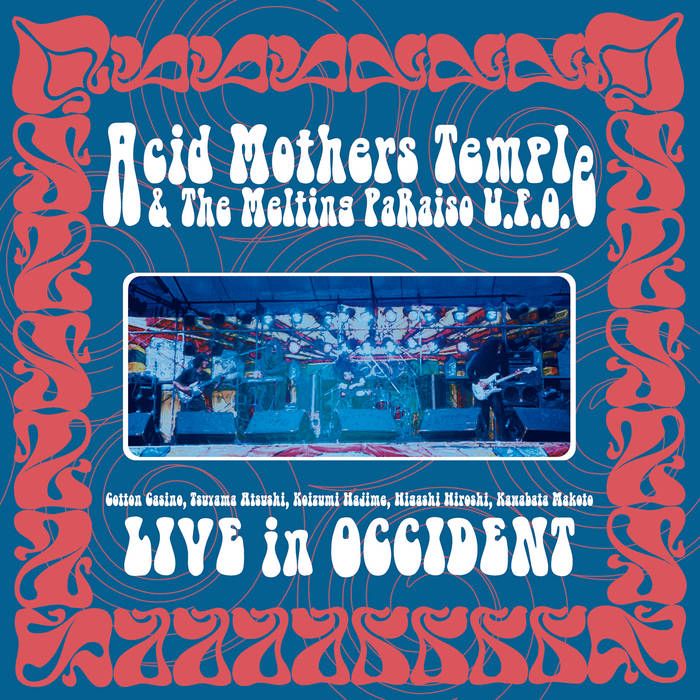 When we first approached the band about this classic album, our first question was: why does the recording is so flat on the vinyl? Kawabata promptly explained: “I remember we were very disappointed when we first listened to this double LP back then. The American mastering engineer, who works for many famous companies in LA said that it was impossible to master it for the vinyl format because the sounds were too heavy… When I and Tsuyama listened to our master last night (for the first time in nearly 10 years!) we were blown away and totally surprised! The music is really good, much better than we remembered and imagined.”

We couldn’t agree more. The original master sounds like a completely different recording and perfectly captured the cosmic and incredibly powerful sounds emanated by the band at the time. Listening to a classic early version of “Pink Lady Lemonade”, weird free jazz jams like “Rising From the Cool Fool Inferno” or the obscure super heavy, doomy and haunting sounds of “Blue Velvet Blues” is something that we thought should be fully experienced and appreciated the way it was meant to be.

Recorded during many live dates in 1999, Live In Occident is the first AMT live album and features the classic freak out emsemble with Kawabata Makoto, Cotton Casino, Higashi Hiroshi, Tsuyama Atsushi and Koizumi Hajime crossing the US, France and the UK.

“The highlight is the sublime and beautiful “Astrological Overdrive”. Cotton’s vocals may be the most missed aspect of modern AMT and this performance gives a solid reason why. Her vocals mix perfectly with Tsuyama’s, especially when he gets demonic and she remains angelic. It is one of the great lost Acid Mothers songs, appearing no where else to the best of my knowledge, but it is 18 minutes of swirling but simple psych, foreshadowing jams like “La Novia” and “Soleil de Cristal et Lune d’Argent” and even “Cometary Orbital Drive”. Another mandatory jam on this one is another kinda lost song, “Blue Velvet Blues”. This one didn’t survive the AMT set list much after the first two tours it seems, but such a great song, again, another showcase for Cotton’s vocals. While the ultimate version of the song is on the 2LP reissue of “Pataphisical Freak Out Mu!!”, this version is heavy and deep, featuring a weird clapping jam with the audience not to far into the song. Hazy and totally strange, almost like the “Chanting” on this Dead show. The super pretty main riff is colored by very light guitar playing and then crushing synth noise blasts. Totally incredible.” (Nice Pooper Zine)