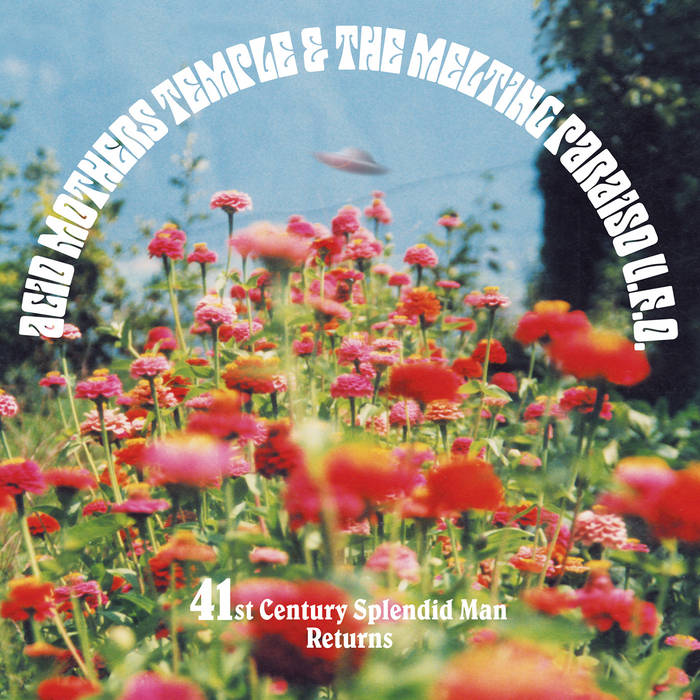 We are proud to say welcome to the Japanese psychedelic retro freak ensemble on our roster – with two releases (see also Ominous From The Cosmic Inferno) – and finally make available on CD one of the most captivatingly beautiful recordings from The Melting Paraiso U.F.O. line-up!

Motorik krautrock rhythms work side by side with interstellar signals, ghostly female voices and analog synths. Bursts of damaged psych brilliance and free guitars open and seal the album, healing the aural wounds for/from the mammoth droney, mysterious and transcendental ambient experience of the title track, built with the aid of a non traditional array of instruments, like sarangi, sitar, zurna and tibetan trumpet. Definately not of this world.

This is one of the many incarnations of the band, a combo also featuring, at the time of the recordings, the beautiful vocals of Cotton Casino and the appearance of Tatsuya Yoshida from Ruins as one of the special guests. As always, monster guitarist and mastermind Kawabata Makoto leads the troup to ensure a safer trip.